Spacious lobby
The spacious lobbies of the upper and lower floors can be easily converted to hold various events.

About the concert hall

The Izmailovo Concert Hall is a five-minute walk from the Partizanskaya metro station and Izmailovo MCC station, on the territory of the largest Moscow hotel complex Izmailovo.  It is a free-standing building covering about 10,000 square meters with its own car park for 100 cars.

The history of the Izmailovo Concert Hall is connected with the history of Moscow. After Moscow was chosen to be the host city of the 1980 Olympic Games, it expected a large influx of foreign athletes, fans, reporters and tourists to attend this important sporting event. To receive foreign guests, the modern, fashionable Izmailovo hotel complex was rapidly built in Izmailovo, designed to win over the arriving delegates with its luxury and comfort.

A large team worked on the construction project: architects Dmitry Burdin and Yury Rabaev, engineer E. Skorodumov, the famous sculptor Zurab Tsereteli and many others. As a result, this architectural landmark was built in Moscow in four years, and its authors were awarded the USSR State Prize for the work on the building.

As conceived by its creators, the hotel and tourist complex was to be connected with the Olympic Games at all levels, both in spatial manifestation and in colour. The Olympic rings—symbol of the Earth's continents—were taken as the basis. That is why the Complex consists of five 30-floor high-rise buildings, two of which are connected by end walls. The buildings were named with the letters of the Greek alphabet: Alpha, Beta, Vega, Gamma, and Delta. The buildings of the Complex were located around a square, with the Izmailovo Concert Hall in the centre.

Today, the Izmailovo Concert Hall is a modern site with spacious lobbies, an audience hall with 920 places and new comfortable theatre seats. The action on the stage is clearly visible from any seat. State-of-the-art sound and lighting equipment has been installed, which allows different kinds of shows and programmes to be performed on stage. All the support services work when the Concert Hall hosts spectacular events: a cloakroom for 1,000 persons, administrator, supervisors, electrician and plumber on duty; security and safety system with video surveillance, and a refreshment room.

Over the years, a number of Soviet and Russian pop stars have performed on the Concert Hall's stage, including: Lyubov Uspenskaya, Philip Kirkorov, Yuri Antonov, Lev Leschenko, Larisa Dolina, Nadezhda Babkina, Sergey Penkin, Alexander Marshal, Anastasia Volochkova, Anastasia Stotskaya, bands such as Na-Na, Lesopoval and EX BB, and many others.  The Concert Hall has regularly been used as the set for well-known TV shows such as Anshlag, Song of the Year and the TEFI Award Ceremony. Over the past year, the Izmailovo Concert Hall has hosted two notable premieres, featuring Russian musical stars: The Labyrinths of Sleep by Gleb Matveychuk and The Flying Ship by Yegor Druzhinin.

Many large companies and associations choose the Izmailovo Concert Hall as a venue for congresses, conferences and corporate events. For example, in May 2019, the 10th Congress of the Russian Federation of Independent Trade Unions was held in the Concert Hall, attended by the President of Russia Vladimir Putin, leaders and representatives of government bodies of the Russian Federation, associations of employers, political parties, religious denominations, scientific and artistic communities, foreign trade unions, international organisations, and deputies of the State Duma. 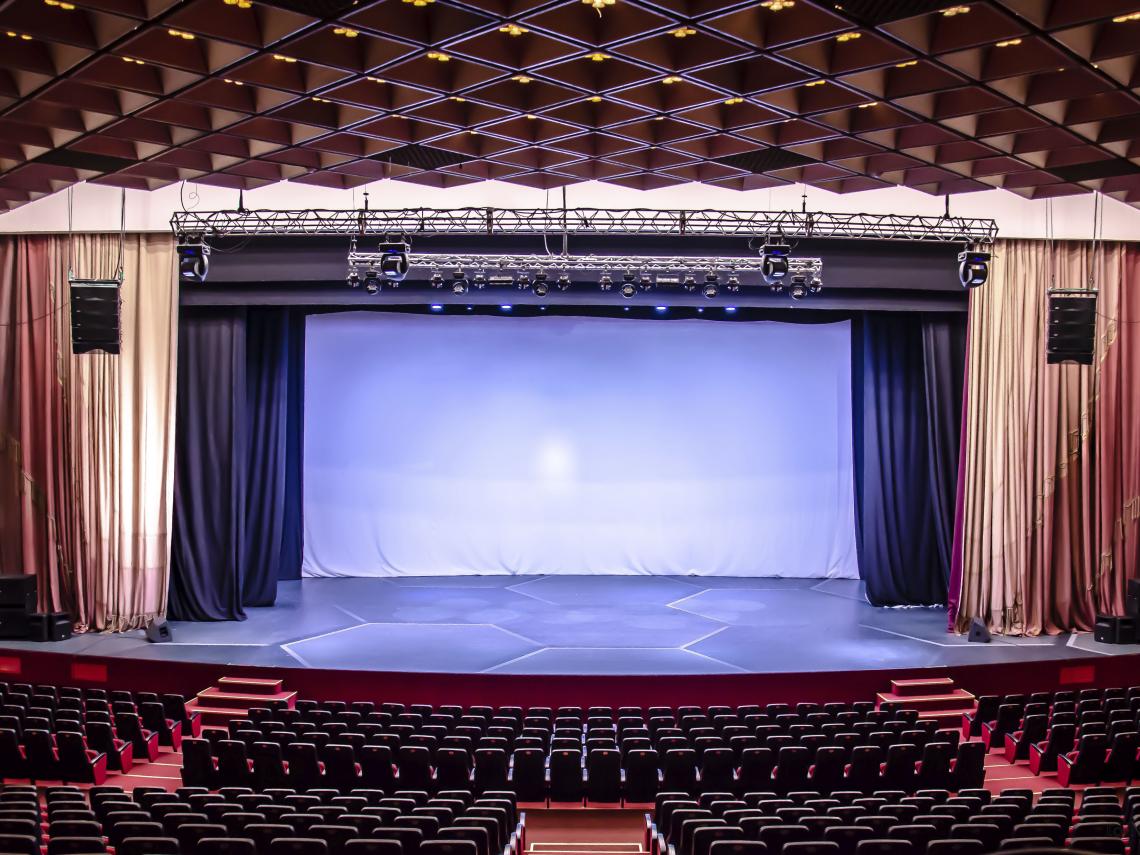 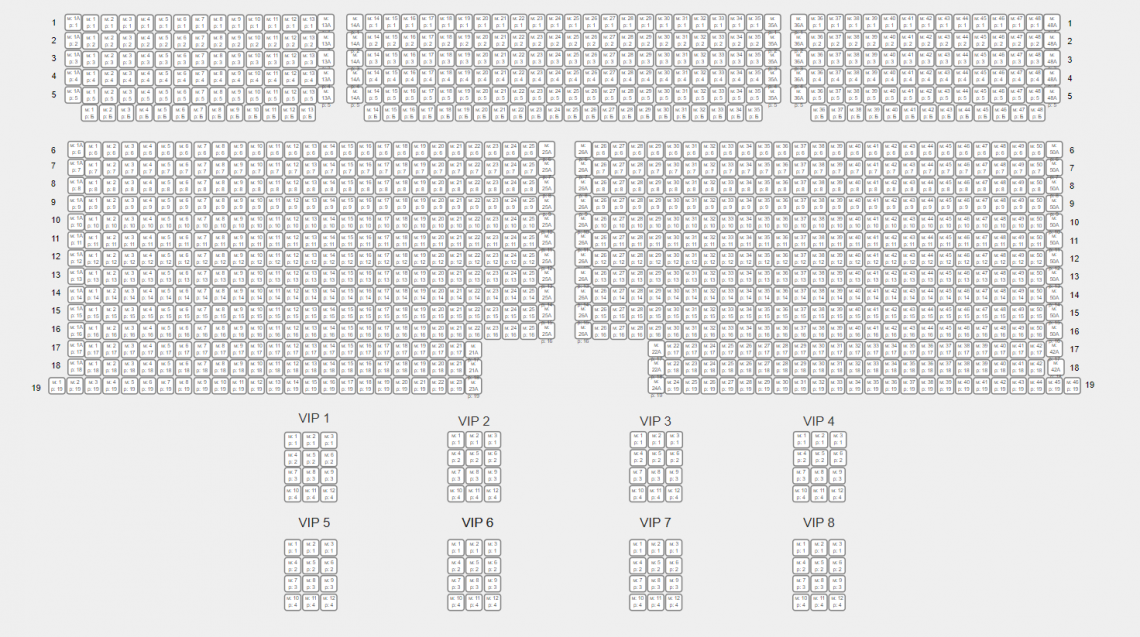 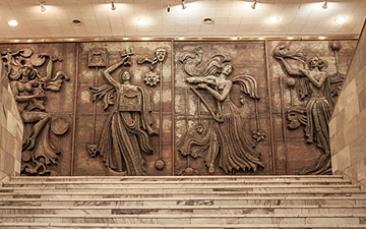 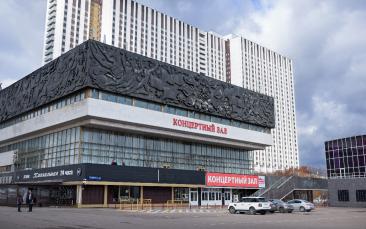 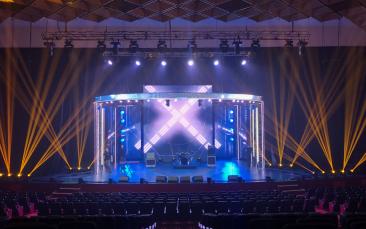 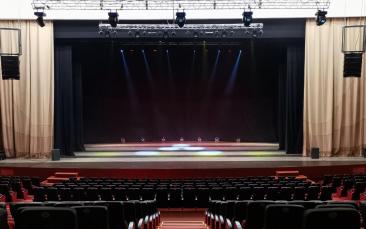 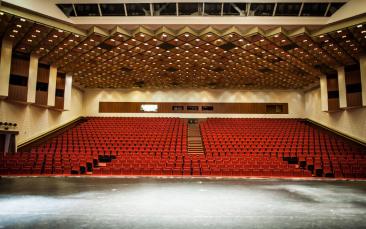 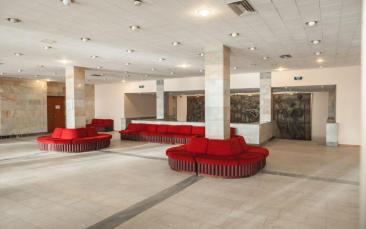 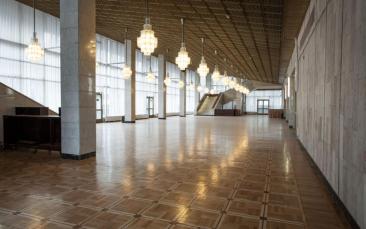 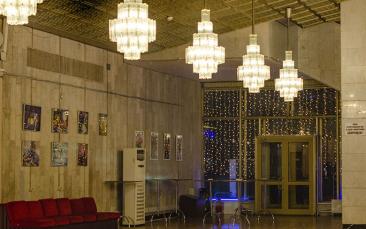 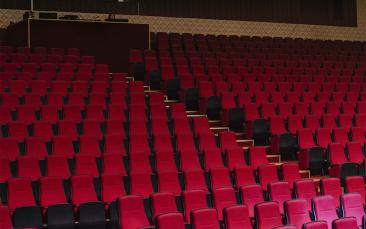 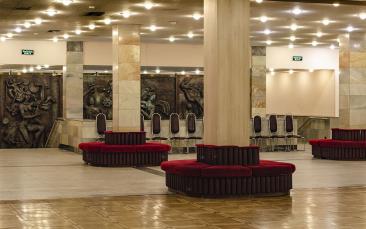 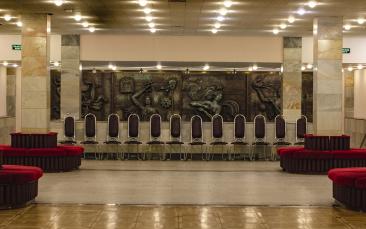 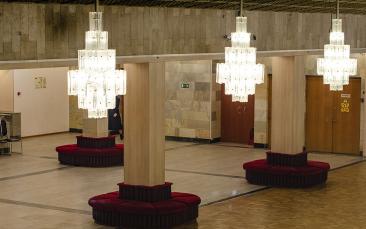 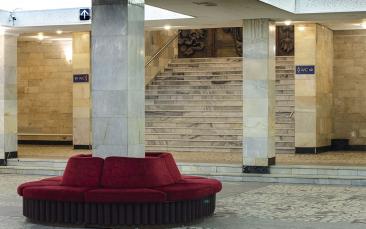 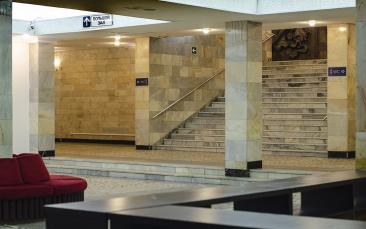 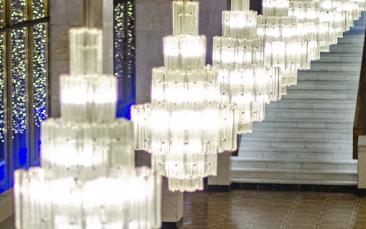 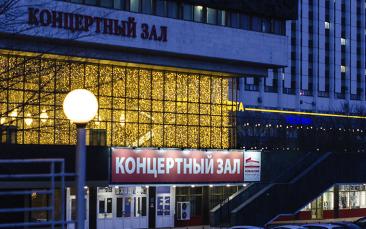 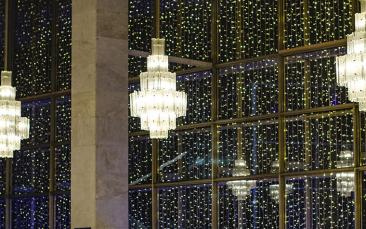 Historical and architectural elements created by a famous architect

We work with many different partners, and you can find more information about them on the Partners page.

If you are interested in working with us, then contact us by phone or mail, the details of which can be found in the ‘Contacts’ at the bottom of our website. We consider all partnership deals and are always ready for mutually beneficial and interesting cooperation. 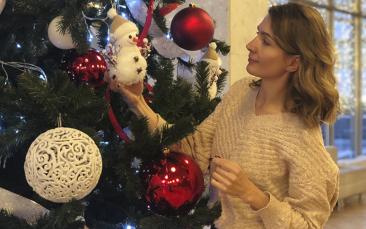 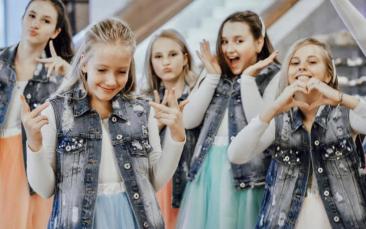 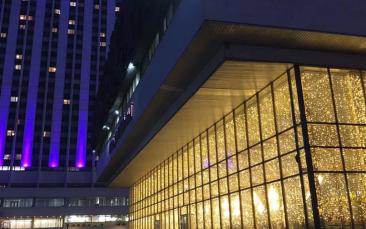 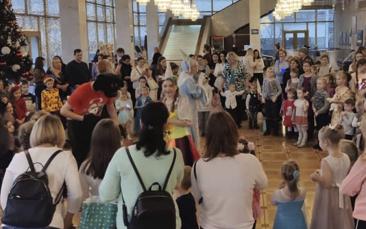 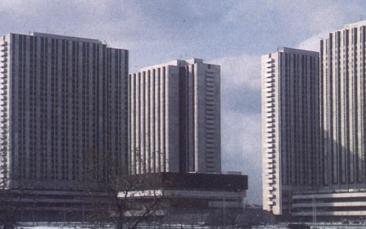 News
History of Izmailovo Concert Hall
Its construction was planned for the Olympics -1980, which was so expected by all residents of the Soviet Union. Yes there is Union, that the… 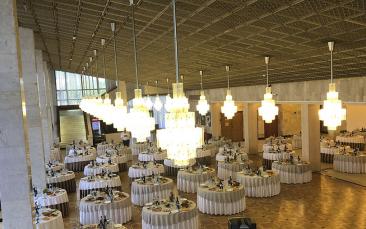 News
Banquet and buffet
If you have a group of up to 450 people and you prefer a traditional dinner, we can offer a banquet. 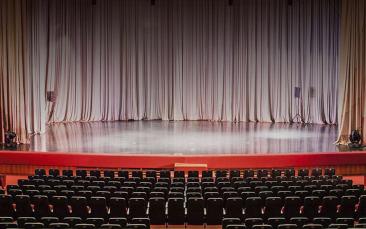 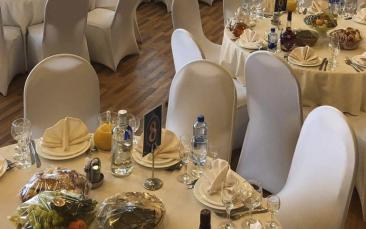 News
Visit our conference hall
If you are invited to a business meeting in the conference hall, you will first go up the main staircase and then you can have a cup of coffee in the…